Malin Petersen, born 1981 on the Swedish island Gotland started riding at the age of 4 when she got her first pony for her birthday. With “Grållan” Malin rode smaller competitions and her first cross country when she was 8. Thereafter, the interest was aroused and Malin was really succesful during her pony years in both showjumping and Eventing. In order to have better training opportunities, Malin moved in 1997 to the mainland to take her high school degree on a school promoting talented riders.

Soon after winning the team gold medal at the young rider European championships in Hartpury 2000, Malin moved to Germany. She trained and learned from the German eventer and repeated gold medal winner Peter Thomsen. During the years at Peter Thomsens barn, Malin learned a functional training system for Eventing horses and even today does Malin appreciate the cooperation with Peter.

In 2004 rode Malin her first CIC3* competitions with the horses Anette and Edward. When she won the world championships for young horses in Le Lion d´Angers with Walter von der Vogelweide in 2008 she became international known. In 2009 Malin became part of the Swedish Eventing team and has since then consistently represented her country on all championships. Among these are: The European championships in Fontainebleau 2009, Luhmühlen 2011 and Malmö 2013, World Equestrian Games in Kentucky 2010 and Caen 2014, and as a highlight the Olympic games in London 2012 where the Swedish team finished just outside the podium on 4th place.

Since 2013, Malin, her husband Jörg and and their three children Aksel, Alva and Selma, are based in Ulstrupfeld, Northern Germany. Malin is running a training and competition stable for Eventing horses. The emphasis lays on a varied and sustainable training of the horses to prepare them for further tasks.

4th with the Team

1st with the team with Tabasco (YR-EM)

8th with the team 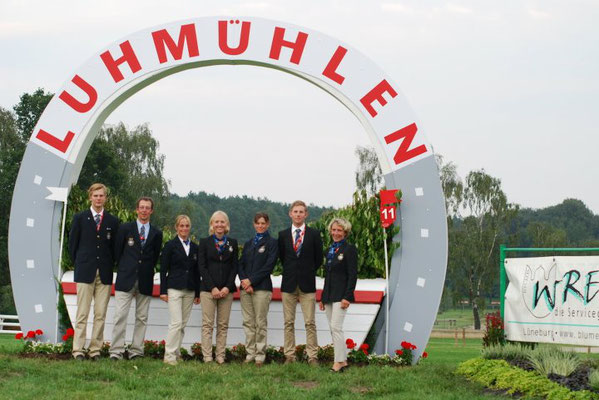 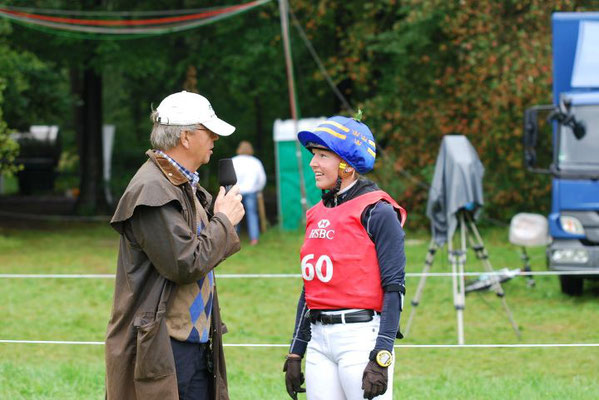